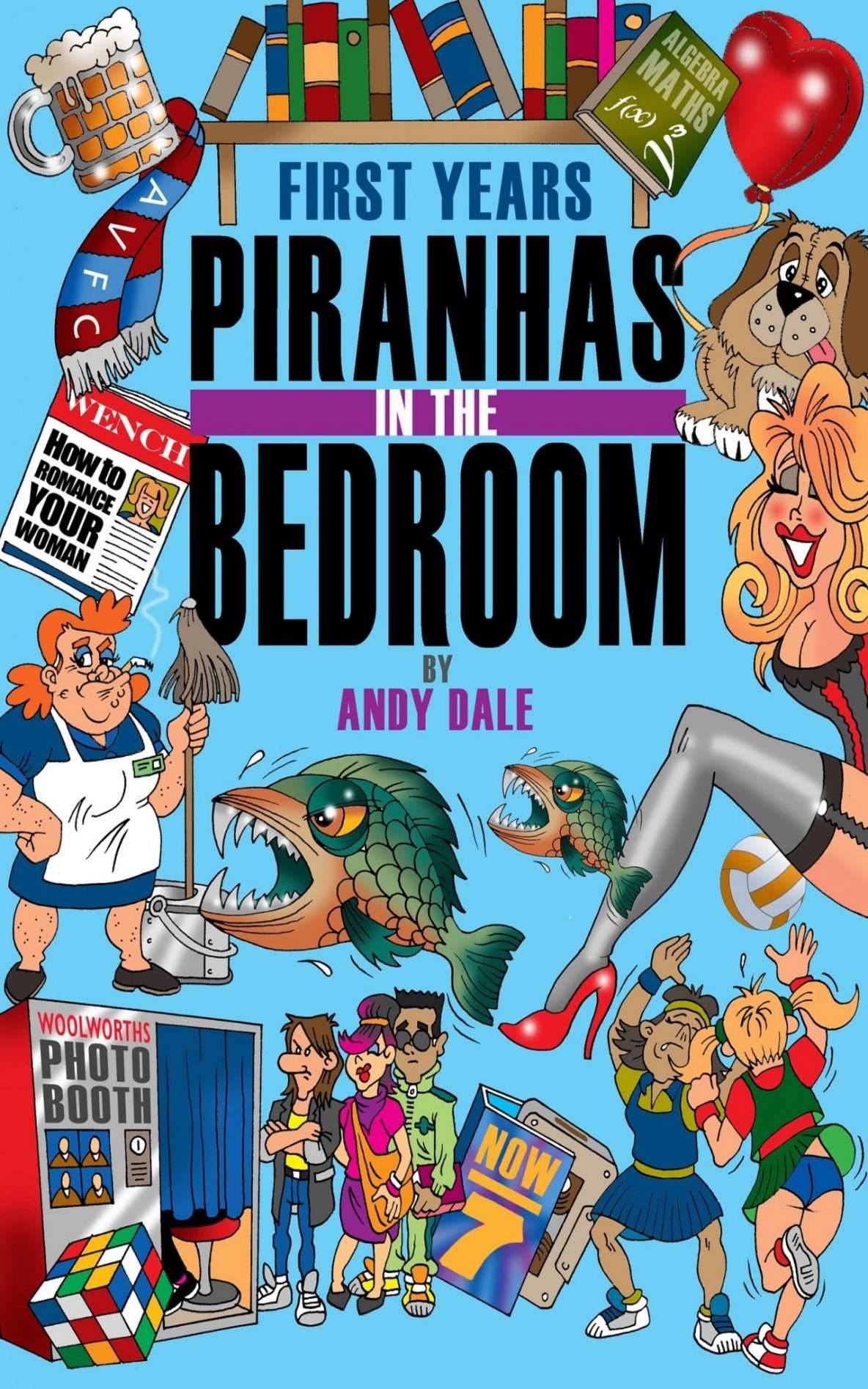 Typesetting for Manuscript and ebooks

It’s 1986, and 19-year-old Jonathan gets quite a culture shock when he leaves home to start his First year teacher training at Derbyshire College of Higher Education. Living in a large white (unmissable) student house full of lads, ranging from a posh boy from Kent to a northerner with anger issues, he must negotiate the perils of student life, which include seven-legged pub crawls in the dead of winter, fishnapping raids and cereals in the bedsheets, all at the same time as trying to woo a pretty blonde from Rochdale.

Set in a time when cassette players were cool, contact with home was a red phonebox, but alcohol, lingerie and high jinx were still the order of the day, First Years: Piranhas in the Bedroom is written with a great British dry wit. Its nostalgia for all things 80s as well as its “will-they-won’t-they” romantic comedy gives it a really broad appeal: The Young Ones meets High Fidelity.

“Finally, 25 years after I started writing it, I am publishing my début novel. It started in a time long before Google, Sky TV, iphones and X-Factor . Now it ends up being an E-book as well.

For the last four years I have been writing weekly humorous blogs based on SharePoint, but I really always wanted to be, in the words of the Beatles, a ‘Paperback Writer’. So finally I have released my first fictional romantic comedy, ‘First Years – Piranhas in the Bedroom’. Hopefully the first of a series of nostalgic books about an unfortunate young man called Jonathan Stadler, a Villa fan like me.

The books hope to appeal to the sense of humour of the male reader in his 40’s. At some point in our lives we have all found ourselves in the kind of situations that Jon does. My influences have been two terrific authors in Mike Gayle and Nick Hornby.

Now to continue with my mid-life crisis by releasing a series of children books. Is the world ready for ‘King Derek and the Wonder Wizards’?”